I've had Google Voice since it was Grand Central and got it because of a New York Times article.  I use it mostly to deal with annoying people, like Lifemasters, etc.

Here's how the voice mail works:

And here's how the site works:

If you can get a Google Voice Invite, do so!

This is SO cool!  Make a little video as it warrants it.  Ordered it last Monday, arrived today, right at $20.00

I was very sick Christmas Eve (see diabetes/lapband blog about that), and so didn't blog about receiving my new Zune HD.

It came via Fed Ex the morning of Christmas Eve, which really shocked me.  I knew there was no way I was getting it by Christmas when I ordered it on December 20th, but Zune really rocked and got it out quick.  Fed Ex was even faster, and I had already cleared my calendar on December 28th (when it was scheduled for delivery, so I wouldn't have to go and pick it up.

Not that picking it up is a big deal, it isn't far, and they are super nice.

Here's the funny thing about red.  It photographs much redder than it appears in person: 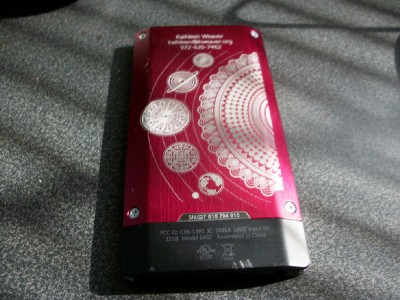 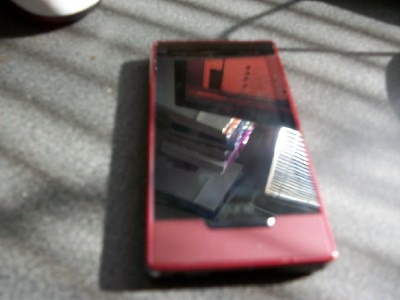 It photographs a bright red, when it appears visually as a deep dark red, just the opposite of my purse.

The weirdest part about this Zune is that I can't seem to get all my music on it, when I could my silver one.  I'll admit to having downloaded a lot of music.

So right now, I'm sticking to a small subset of artists, plus my normal Channels and see how that goes.  I still carry my 120 gig with me when I want to listen to other music.  I'm not sure why.

Had one of these years ago, but it stopped working.

Love the new one so far, but haven't tried it in the car.

I hate ear pieces, which is why I keep trading them out.  Can't find one that doesn't irritate me.  Though I do keep one around since my Fuze is a bit difficult to talk with. 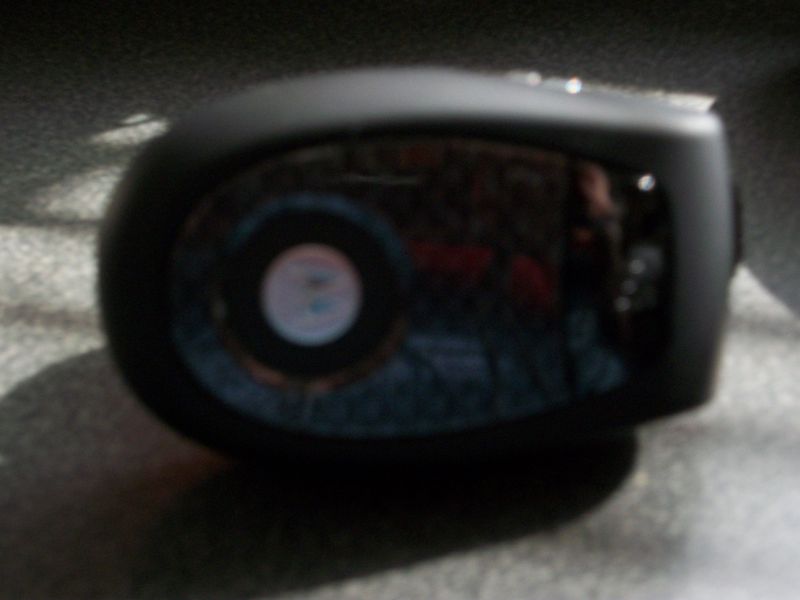 Best thing -- it uses a mini-usb cable to charge -- why doesn't everyone!

New toy I got myself for Christmas.  Husband gave me a gift card to have some fun with.

Okay, I'm guilty of the no natural lighting in sight, but that DOES cause major glare.  Other than that, I keep the lab as minimial as possible.  I've been in some computer labs that had so much on the walls, i couldn't concentrate, so I probably go to far the other way.

nary a gleam of natural lighting in sight.

I do have my dog posters, a few mascot stuffed animals, and some other personalized things that aren't geeky -- in fact, I have a calendar on order that has my own dog's pictures on it, so my lab probably is not very geek.

Well, except for the few old laptops I use as digital photo frames.....

Haven't gotten a shipping notice yet.  But the website shows the order is completed.

I really miss my Zune HD, and even my chiropractor noticed it was missing.  When I told what happened about it, a lady in the office went on about how students don't respect property any more, and I told her I didn't think that was true.

I know that the young man who took my Zune has some serious issues.  He spends more time in ISS than outside of it.  However, I don't know any of the details and frankly don't care to.

However, there were two young men in the class who cared enough to tell me what happened.  That rocks.  They reallly surprised me because they have not participated in the class and when pressed, shut down.

And in 17 years of teaching, I've only had personal items taken twice -- when I was teaching math in the portable, and now.  The portable kids had a lot of issues too.

Husband got me exactly what I wanted for my birthday.  Kodak, Easy Share Camera.  I've had 4 of these now, in their various forms, and I have always love them.  They are easy, light, sturdy, and they have really hit the mark this time.

It comes with a USB cable, an adapter for the USB to the wall, a camera strap and a CD rom.  Makes it super easy to travel with, very light, and about the size of my phone and MP3 player, but slightly different form factor.  Photos come out great.  I took a few last night:

Sometimes it sucks being a teacher

My @Zune HD was stolen yesterday.  Laying on my desk, with my phone and two hard drives.  Got called out and left all that, but didn't miss it until I was packing up.

The office manager nephew's in that class, so I asked that he come see me about it and help me get it back.  We'd come up with a reasonable reward -- I've give up my old Zune, as I didn't want to give money and I don't usually NEED two Zunes.  Sometimes I do, but it's a geek thing.

Unfortunately that didn't work out, he'd already vandalized it.  I'm quite upset, and will post pictures later.  I've ordered a new one, as the front, back and electronics have been damaged.  If not reimbursed for the new one, I will prosecute.  The office already has the paperwork. 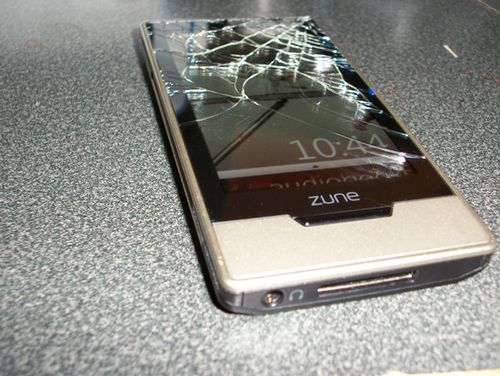 Correction: Kathy tells she's been programming since 1974, which is a couple of yearsa before I have

It'll be interesting to see what she gets her Chumby to do!

Kathy doesn't quite get Chumby, but she isn't as techie as I am -- for a teacher type she is really techie, but there are things I get she doesn't, and that's okay.  However, she does get the vanilla, get out of the box features.

The cool parts about Chumby, and especially Chumby 1, is hacking. My Chumby1 thinks one of my Windows Share is it's USB drive ... see the Chumby Forums for that.

Chumby is your friend!